In May, the market was bullish on TOCOM Gold and pushed prices toward 5,000 yen per gram, its highest in more than six years. Expectations for an interest rate cut by the Federal Reserve Bank continued to reflect on the prices, which increased gradually from 4,871 yen per gram at the beginning of the month. The European Central Bank also further eased monetary policy. The low interest rate environment and weak currency markets were the main drivers in the advance in gold prices.

TOCOM Dubai Crude Oil prices remained directionless at around 40,000 yen per kiloliter. An intensifying Iran situation and increased concerns of supply disruption, prices temporarily reached 42,540 yen per kiloliter. When concerns for oversupply returned, prices fell back to 38,020 yen per kiloliter. In the beginning of August, the OPEC-plus group agreed to extend its pact to reduce output through March 2020. 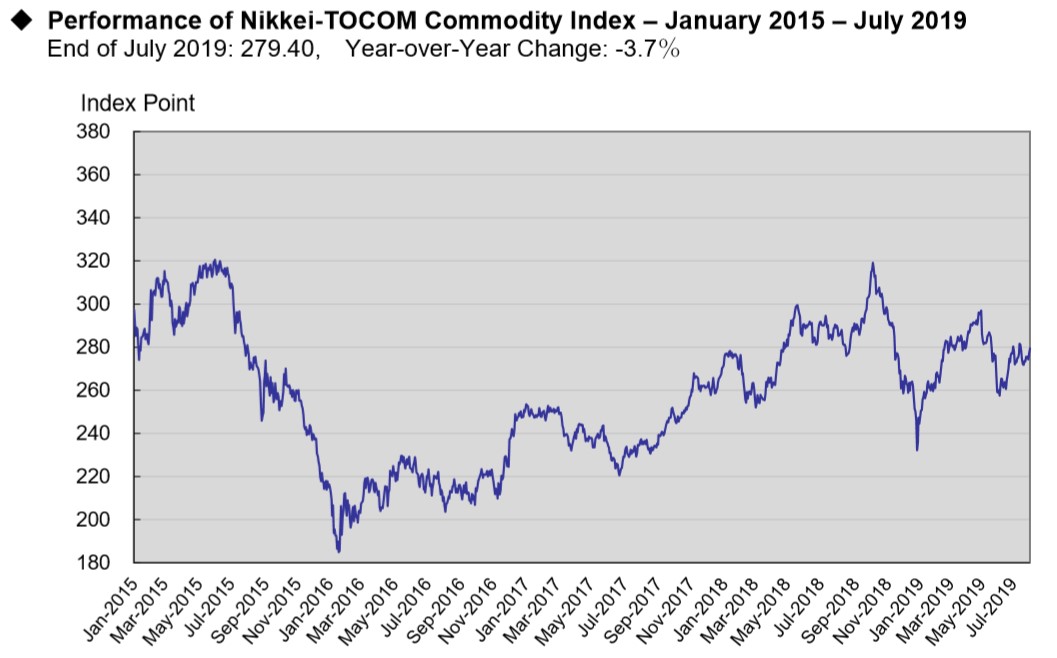 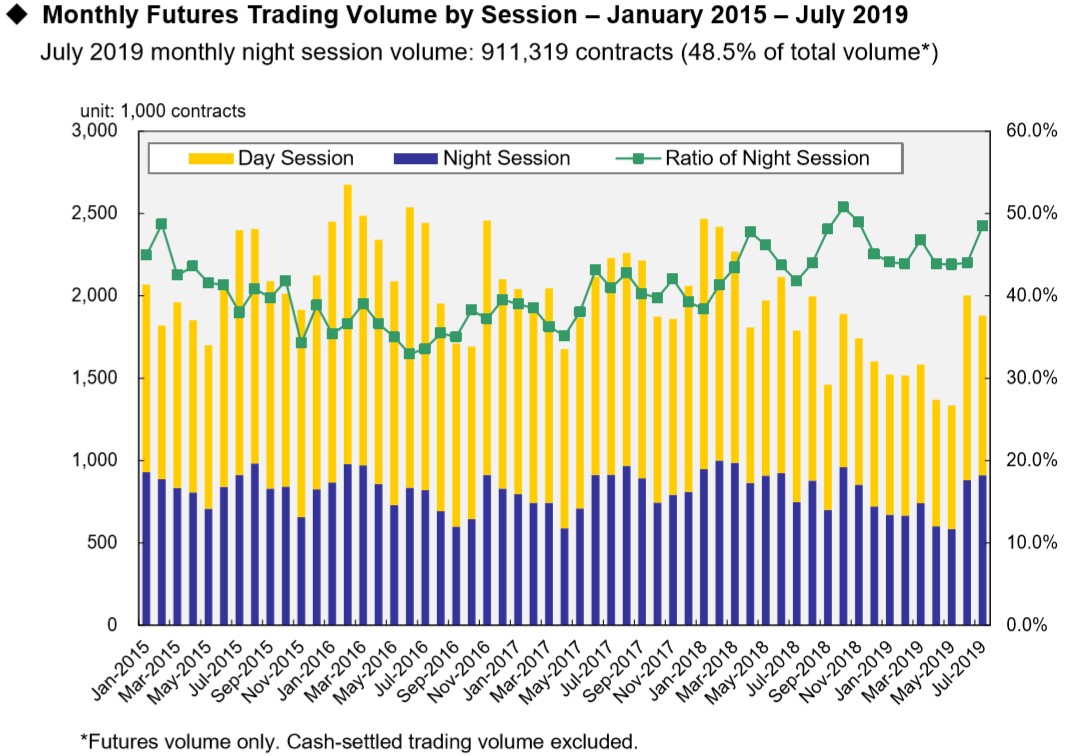 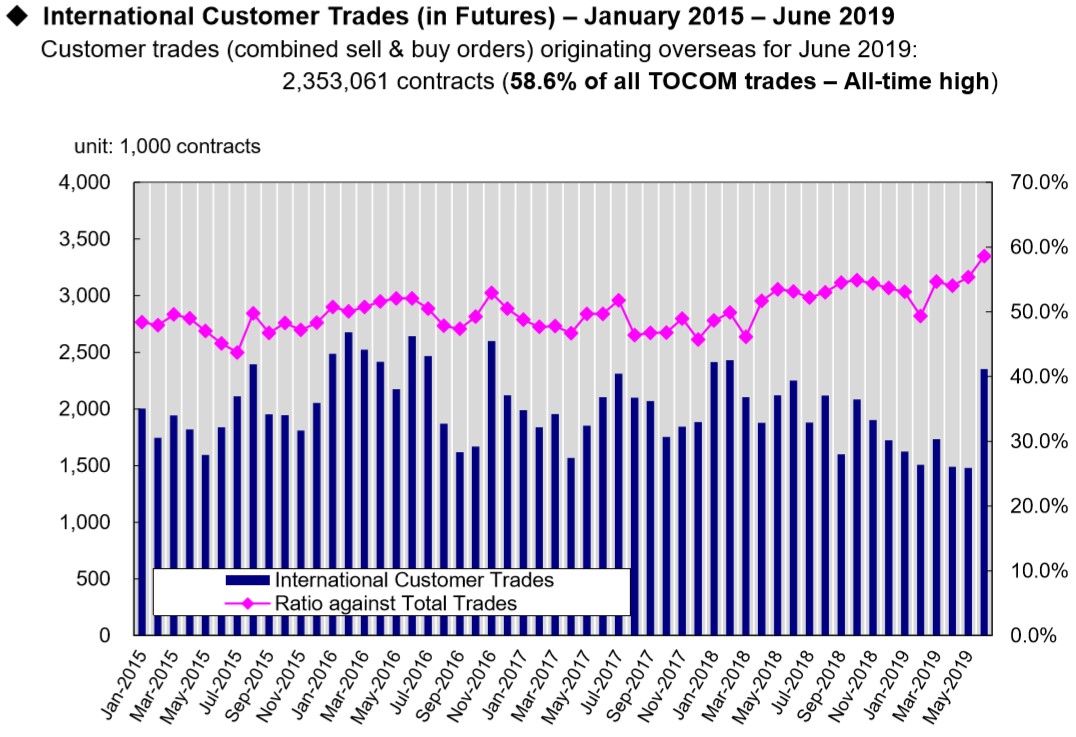 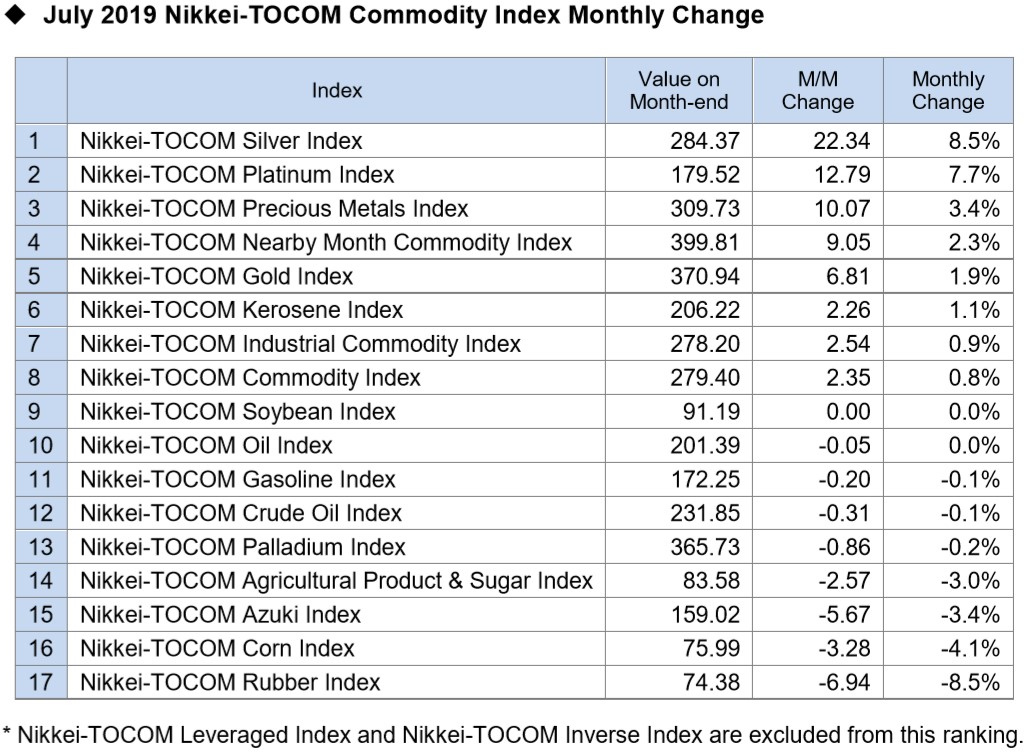 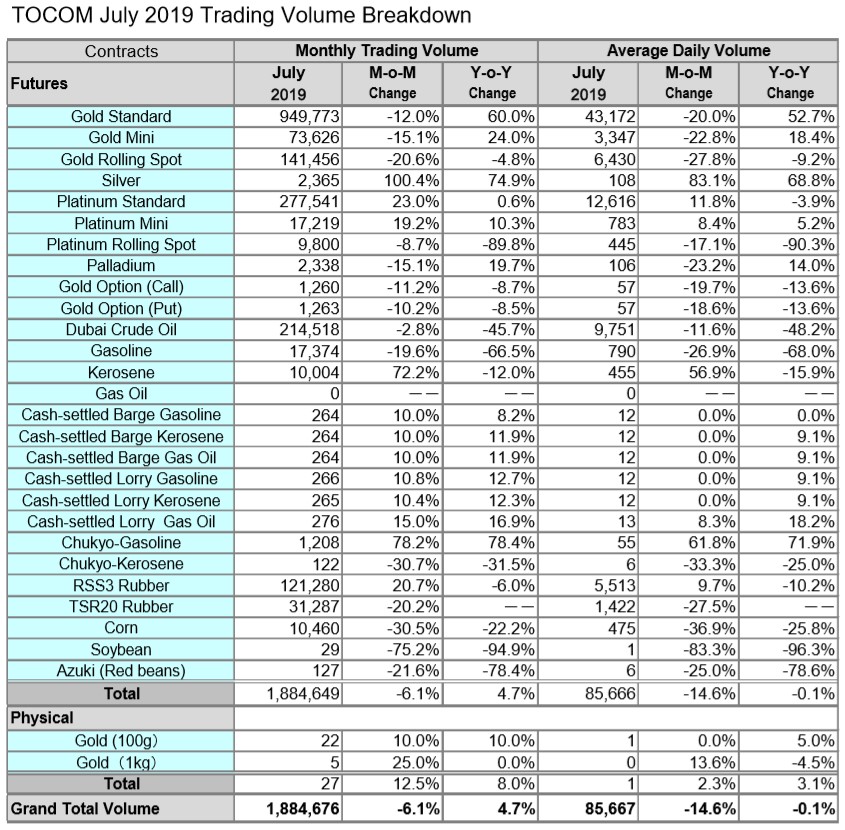 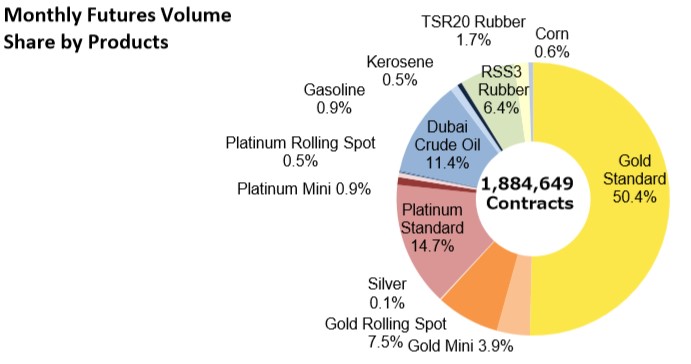