Letter from the Co-CEO: The Tug-of-War by Lynette Lim 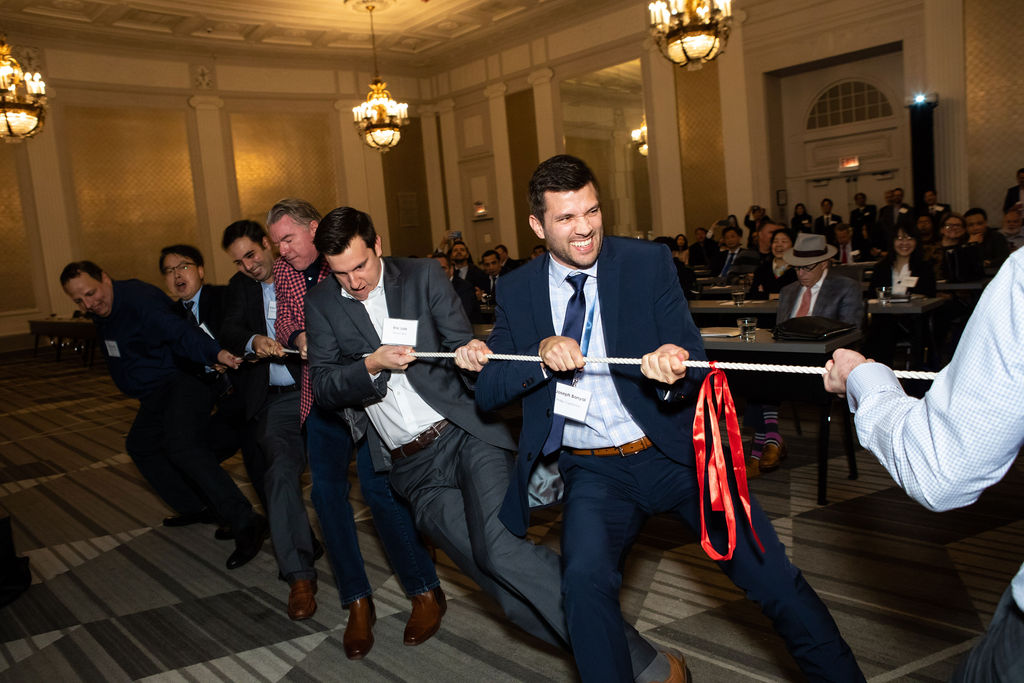 And just like that, summer became winter here in Chicago, with the temperatures below freezing at 14°F ( -10°C).  The leaves on the trees are still intact and in their fall colors, so it is a little confusing to all.  For those of you living in warmer climates, this sort of temperature means that you need to cover your ears and get proper waterproof boots to walk outside.  I remember that when we first moved here from sunny California, someone stopped us in the street and asked us what we were doing and pointed to our feet. We were still wearing flip-flops in October.  Now we have boots. 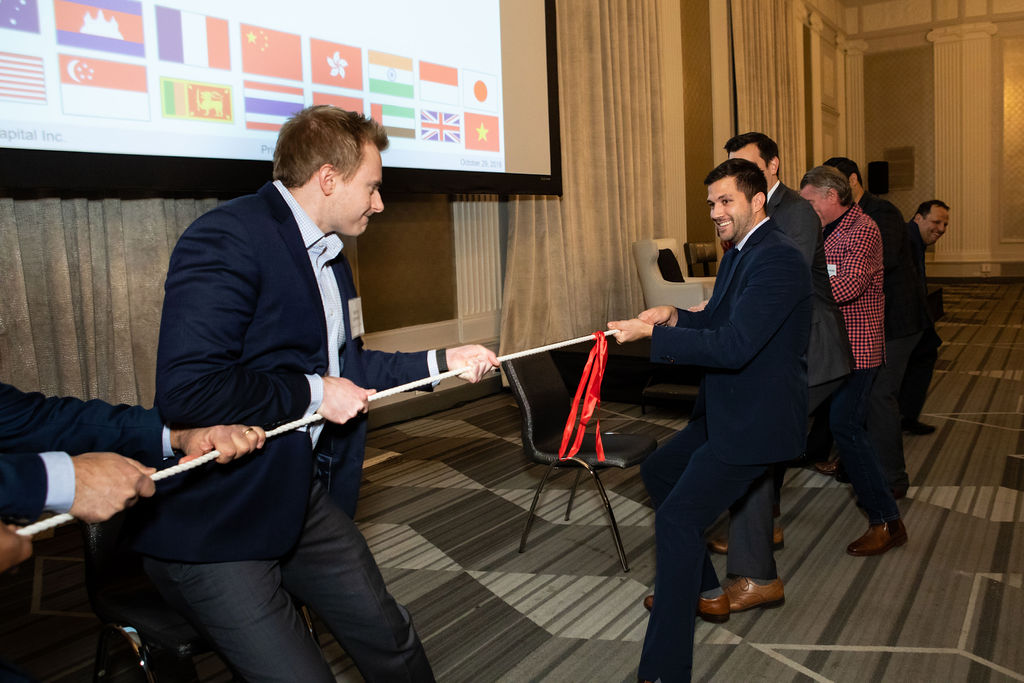 In the opening speech for our 7th Annual Trading Asia Symposium last month, I wanted to illustrate the state of the world being polarized and divisive, which caused a kind of tug-of-war, us-vs.-them syndrome.  First, I had people from the audience form two teams to play tug-of-war.  I also made the whole audience enact the Chicago teachers’ strike that was in still in motion at that time.  I had one side as the teachers shouting, “More pay!” and the other side representing the city saying, “No more money!”  (Thank you to the audience members who joined in.)

I further illustrated different tug-of-wars: the trade war between China and the U.S., the Hong Kong riots, and even a silly example from my own experience, when my friends and I were kicked off a dance floor in Austin, Texas for not knowing the two-step.  The point made was that if you could have a war over who knows the two-step and who doesn’t, you can start a war over anything!

(You can read my speech here and see my slides here.)

One of the guests during the Trading Asia Symposium commented that I am really good at making analogies.  But it’s true, isn’t it – the tug-of-war?  My needs vs yours. Your happiness vs mine.  If you apply the tug-of-war analogy, you can see the pattern everywhere.  I think also that with all the social media information fed to us (sometimes involuntarily), we become lazy in our brains and quickly support an opinion without knowing or trying to understand the context.  We forward news or talk about what we hear, without even knowing if the news is “fake” or not. We have all been guilty of further feeding this machine of doom and overall anxiety while further isolating ourselves from each other. The trouble is that when we are pulled in two directions, we are also faced with tremendous anxiety over what happens next, because we really don’t know what is coming. The result of this polarity is further isolation, and there really aren’t any clear winners in the end. 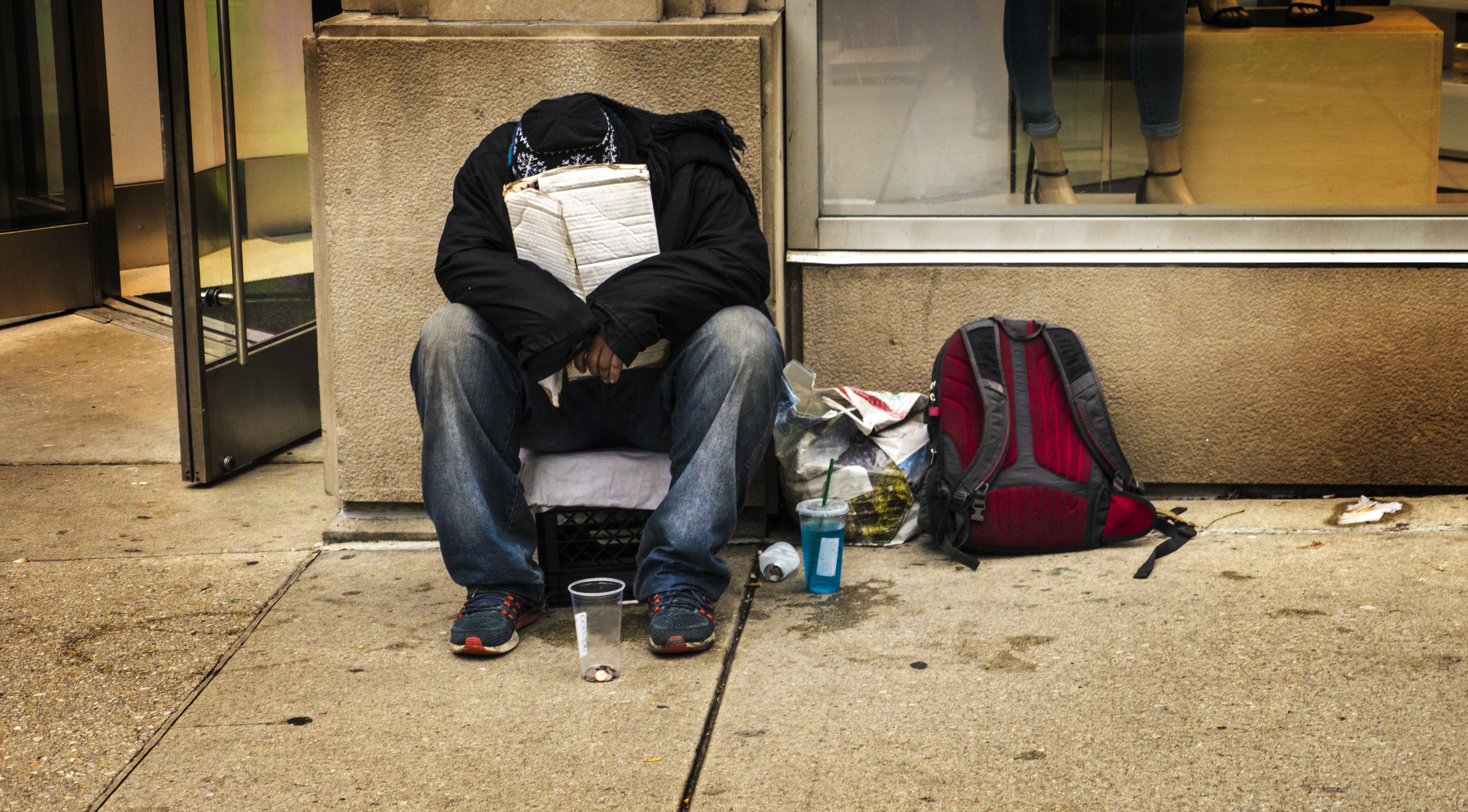 For me personally, as I shared briefly in my speech, I am caught in the tug-of-war over what capitalism has produced.  Being second-generation Singaporean, I have benefited from what capitalism offered when my grandfather left China for better pastures: he emigrated to Singapore by boat and like many was brought out of poverty, and subsequently my family has continued to prosper financially with the advantages of higher education and increased opportunities.  However, modern capitalism has also alienated many and created a great divide between those who have benefited and those who haven’t. Living here in Chicago, I am faced daily with this stark reality when I see the homeless begging for food outside our Board of Trade building, where quite literally millions of dollars change hands. To experience the full spectrum, all you need to do is to take a ride on the Red Line from the north to the south, as noted in an article from The Economist magazine.  It reports that two of the neighborhoods connected by this train experience a longevity gap of 30 years—people born in Englewood have an average life expectancy of 60 years, while someone born in Streeterville can expect to live to 90.  I have grown mostly immune to the different people coming up to me for money and I usually look the other way. But sometimes the empty look on their faces haunts me, and I know something has to change. Capitalism taken to its extreme is about the selfish man wanting to achieve the maximum benefit for the least amount of effort involved. But it also becomes dehumanizing, doesn’t it?

I agree with the author Paul Collier in The Future of Capitalism: Facing the New Anxieties when he says, “Modern capitalism has the potential to lift us all to unprecedented prosperity, but it is morally bankrupt and on track for tragedy.”  He continues, “Human beings need a sense of purpose, and capitalism is not providing it.”  In short, the question is what’s next.  We need societies to flourish, and in order to do that there must be prosperity, which in turn must be accompanied by a sense of belonging and purpose.

I know what you are thinking.  You are asking, “Lynette, why are you saying this when you work for the capital markets?”  Or maybe you are even asking, “Are you a hypocrite, or even disloyal to the hand that feeds you?”  It is precisely because I am in the financial markets that I want to have this conversation, to say that something is broken and we need to work together to fix it.  I am not saying that a goal for the company is not to make money.  We do need to make money to survive.  But can we make money and think about the bigger picture?  Can we evolve our model of capitalism where it isn’t just “me first” but “we first?”   As corporations, financial institutions, entrepreneurs, professionals, what must we do to create a more inclusive society?  What policies must we change to ensure that people have work with meaning vs. just for money? How do we create a sense of belonging even for our employees?  What laws or policies must we put in place to protect the weak?  How does it change our business model when we think of our customers as “we” rather than “they?”  How can we think of our customers as partners rather than just a revenue stream?  What new businesses or enterprises can we create that would help people get out of the poverty cycle?

I am not talking about giving the token donation at the end of the year as part of your Christmas traditions.  I am also not asking you to put on a cloak of poverty and be a Franciscan monk (although some of you might be called to do so).  And I am not asking you to stop treating yourself and your loved ones to presents.  (Look for our gift guide in our next newsletter!)  I am just asking that if you feel the same way as I do, that something must change, let’s have the conversation.

Let’s move towards a better world.