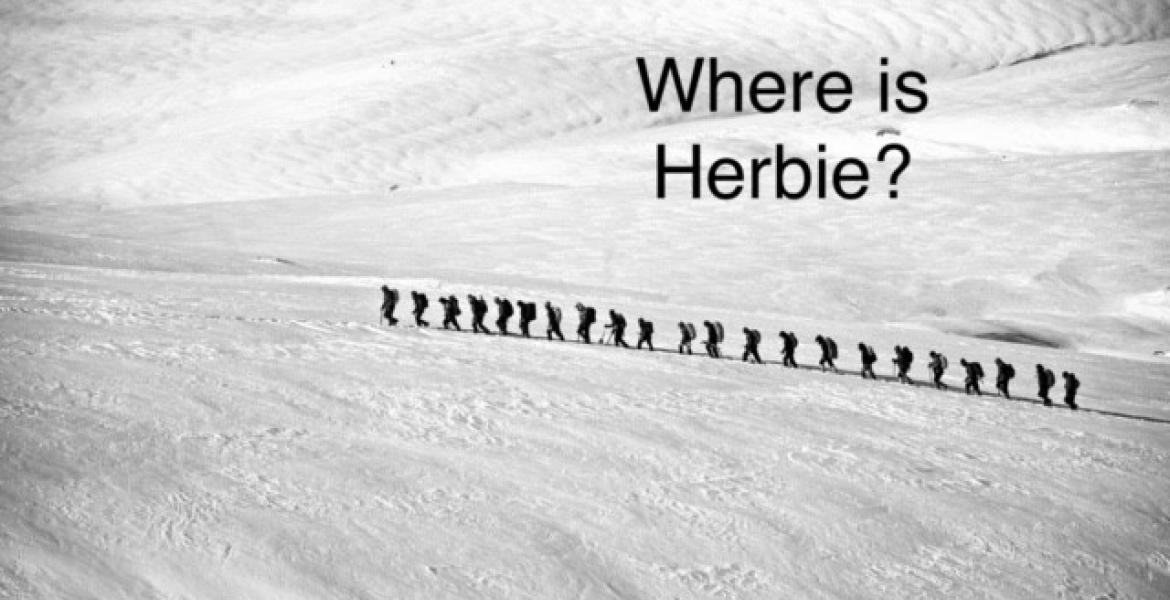 The Importance of Being Herbie

One of my favorite business books from my Chicago Booth days that I still reference is “The Goal” https://en.wikipedia.org/wiki/The_Goal_(novel). I highly recommend reading it.  Even though, the book was written over 30 years ago, it is still one of my favorites because of its valuable business lessons and that it reads like a novel.  The Goal is about the theory of constraints told through the character Herbie, the slowest boy is his scout troop. During a hike, the troop must stay close enough together to stay in single file line throughout the trek. Their goal is to get to the campground before dark.  It doesn’t matter who the fastest scout is because the speed of the hike is 100% reliant on how fast Herbie is moving.  Herbie is the bottleneck or the constraint. Hence the important problem to solve is: how do you get Herbie to go faster. Making the others go faster will not speed him up so you have to focus on Herbie.  As the popular quote states, “A chain is only as strong as its weakest link”.

A recent incident at work reminded me of this proverb and the importance of paying attention to the weakest links. Unfortunately, we only take notice of the Herbies during crisis.  They might not be just Herbies that would slow you down, but also affect the company in adverse ways.  The Achilles heel might make you not walk again.
The common interpretation of this idiom is that the chain refers to a group or organization is only as strong as the weakest or least powerful person. But really the chain can refer to any sort of systems and networks be it people, processes or even the human body.

When I was in my 20s, I felt I was invincible, until I fell while rollerblading. I thought it was business as usual, so I went to work after and my colleague noticed that I couldn’t really sit and had to shift my weight all the time. I also realized that the pain was also preventing me from bending and touching my toes. I checked myself into the ER the next day and the doctor told me I had a slight fracture on my L5.  Since that incident, my back has never quite been the same again.  If I did not get enough rest or exercise, or had a particularly stressful week, I would feel the pain from that area. I am only as strong as my weakest body part.

It’s hard to determine the true origin of this proverb, but further Google search indicated that the first recorded quote of it appeared in Thomas Reid’s “ Essays on Intellectual Powers of Man” in 1786 which included this line:

"In every chain of reasoning, the evidence of the last conclusion can be no greater than that of the weakest link of the chain, whatever may be the strength of the rest."

It is interesting to note that in this essay, he is speaking in the context of forming conclusions based on evidence for reasoning i.e. the intellectual powers of man. But how far we have strayed from this in our current modern society! We leapt to conclusions and judgment without any attempt in reasoning, never mind it being weak reasoning or not!

I think it’s human nature that the limelight always goes to the heroes of our day, while the rest, remain in the shadows, forgotten and unseen.  We live in a world where the “winner takes it all”.   In management, we focus on the “champions”:  the salesman who brings in the million-dollar account or the manager who goes above and beyond.  We reward our champions but ignore the Herbies. We ignore the “Herbies” because it is just not that fun to deal with it, right? Plus making them better would do nothing to our revenue line.  Unfortunately, the Herbies are also our weakest links and thus we are only as strong as our weakest link.

So let’s not forget about the “Herbies” in our life, be in to our business, our family or our own health!