Letter from the Co-CEO: Four Funerals and a Wedding by Lynette Lim 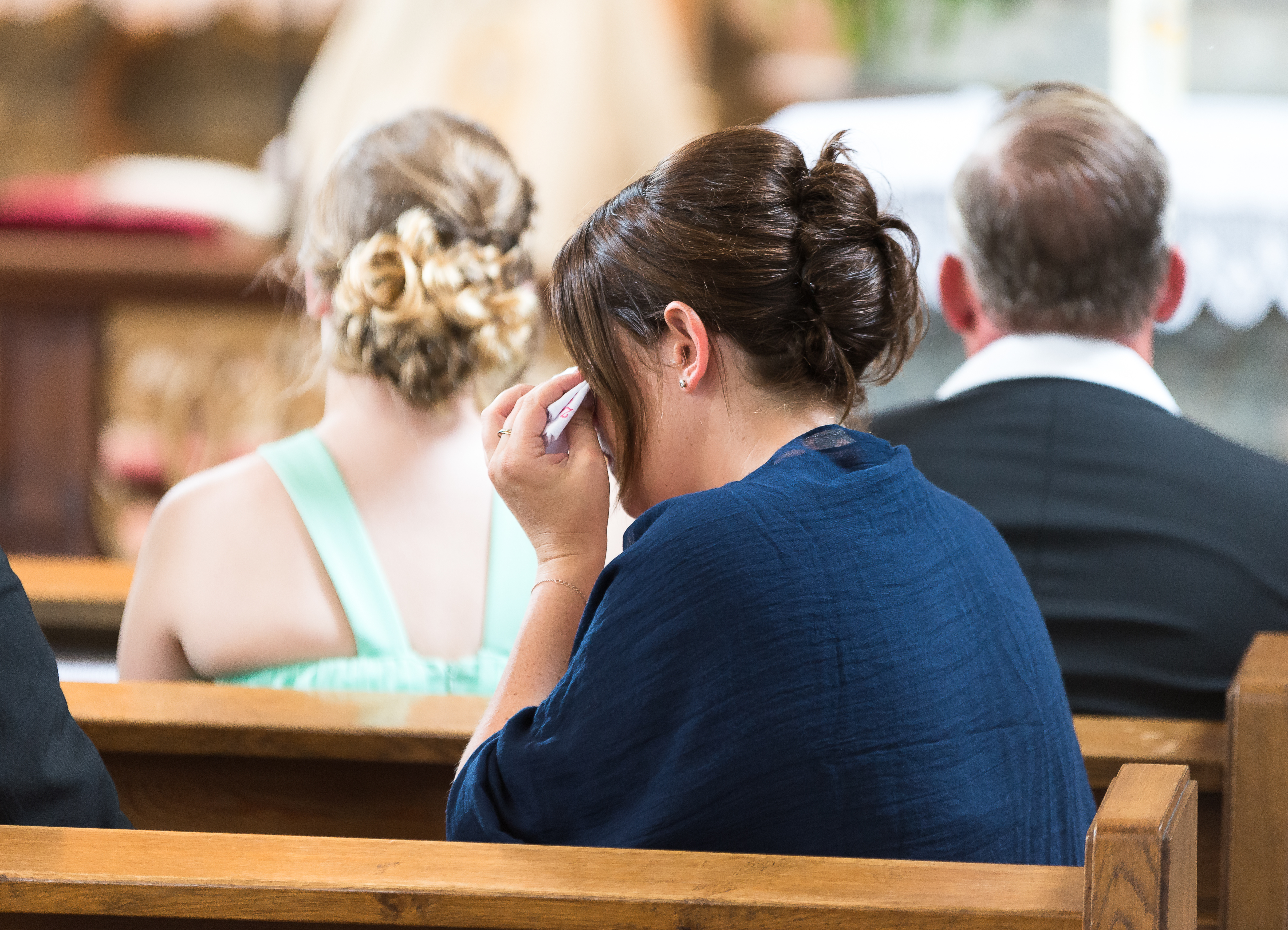 If you are about my age, you immediately recognized the title of this month’s letter as a tongue-in-cheek reference to the popular ‘90s British romantic comedy Four Weddings and a Funeral, where Charlie (played by Hugh Grant) and his friends ultimately find love through the various significant social events they attend. The film was made in six weeks and cost approximately $4.4 million but became a massive success, with worldwide box office in excess of $245 million, and won several awards including the BAFTA award for Best Film. It was recently adapted into an American TV series by Mindy Kaling.

The title of the movie is catchy because of the seemingly vast difference between these two different events: one occasion is sad and sober due to the loss of someone, while the other is a happy celebration of a new life together. You can even see the contrast in color themes.  For funerals the dress code is usually black, and for weddings the bride wears white while the guests wear an assortment of colors to celebrate the occasion. In the Chinese custom, even the appropriate gifts for each occasion are associated with color. When attending a funeral you give “White Gold” money to the family of the deceased; at a Chinese wedding the color red is the most popular and guests will give the newly wed a “Red Packet” that contains cash. 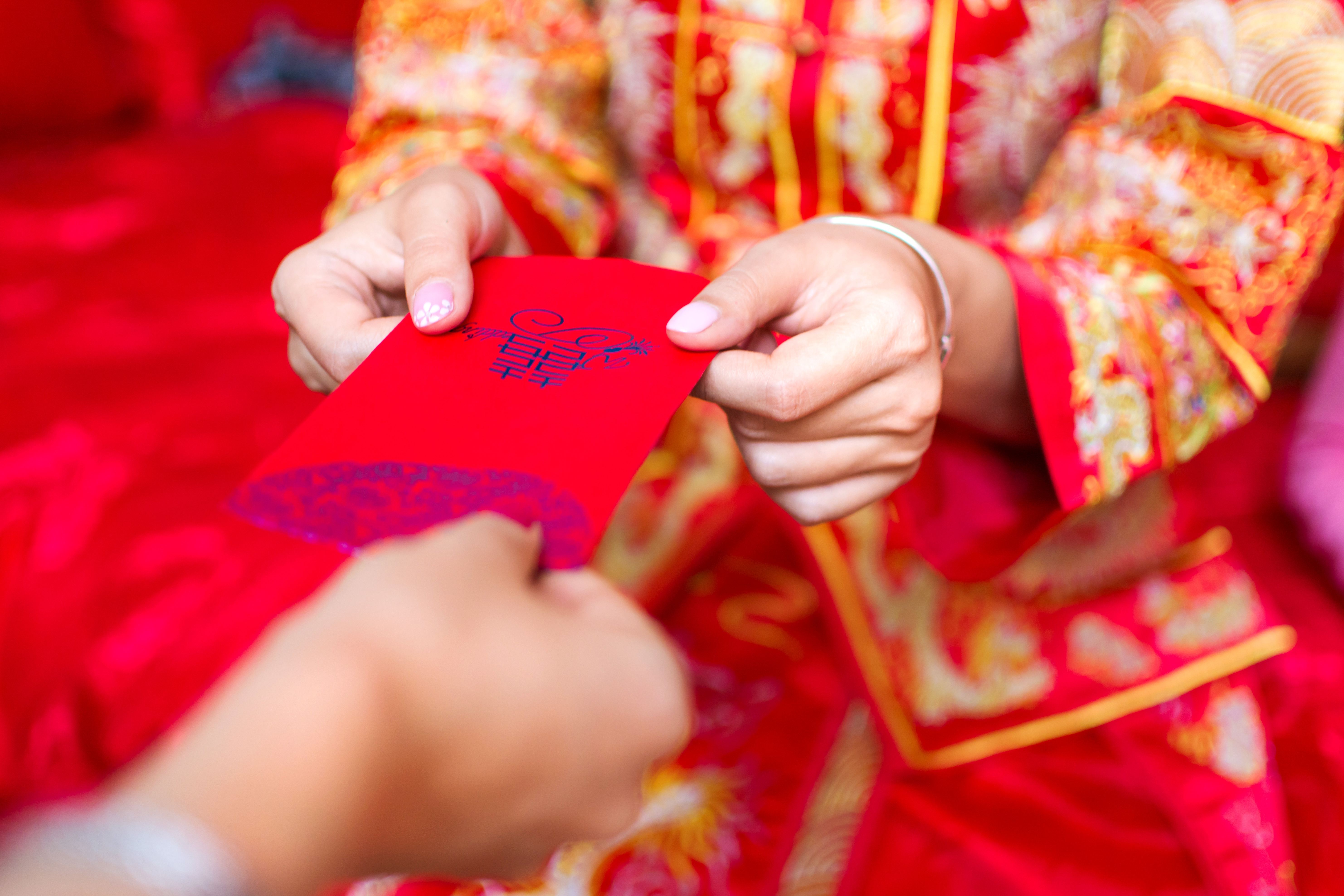 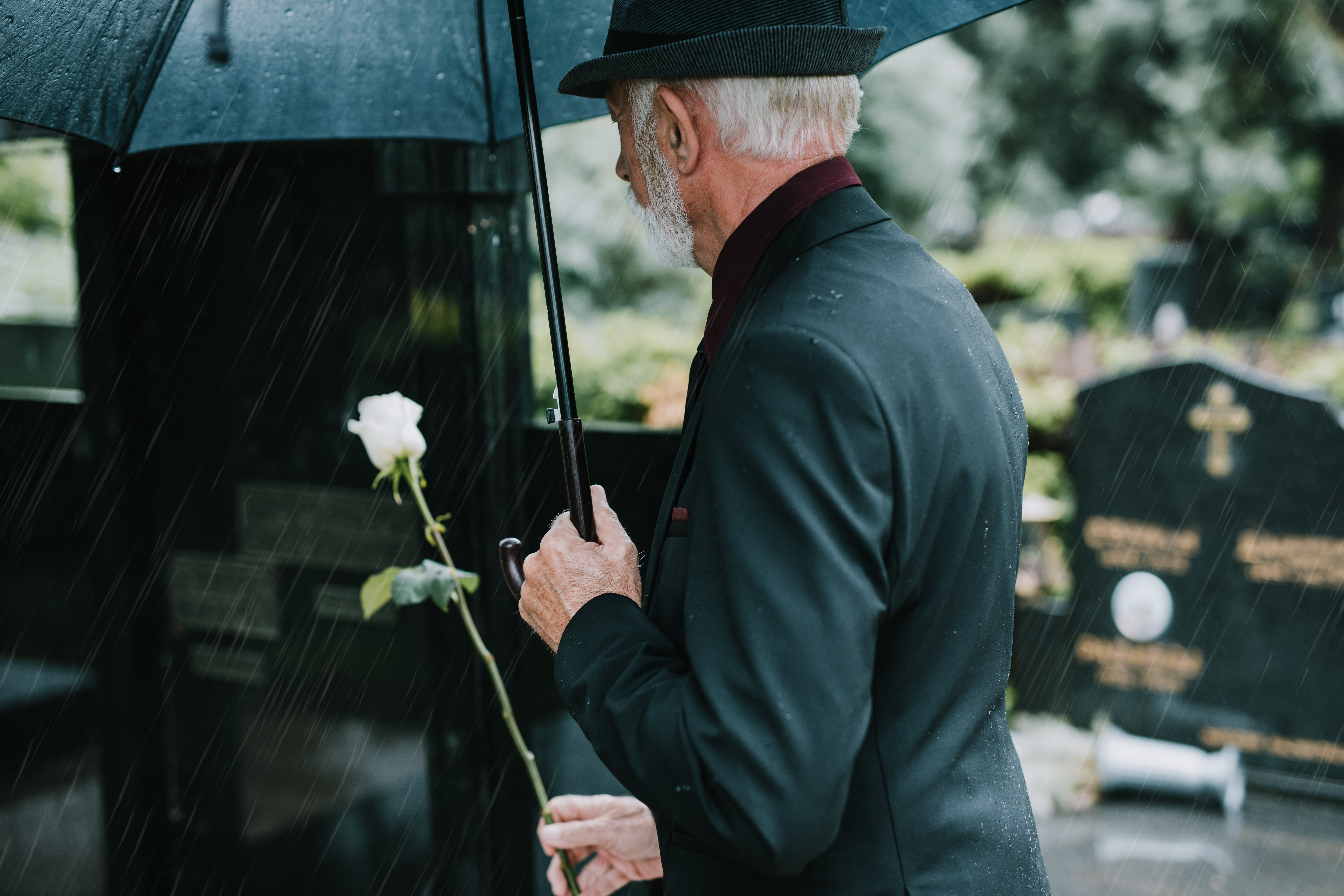 But the ultimate irony of the movie and title is not the contrast of the events, but rather the striking similarities between them. Think about it:

1) To the honorees, they tend to be "once in a lifetime" events.

You only die but once (even Jesus died only once), and with stars in their eyes, people think that their weddings will also happen once in a lifetime.

2) A lot of money is spent on these events.

Generally, people seem to spend less on a funeral, even though the sum is still significant. Depending on the source, the average funeral cost in North America ranges from $7,000-$10,000. According to Quora, the average cost of a funeral in Singapore is SGD $13,350 (https://www.quora.com/How-much-does-a-funeral-cost-in-Singapore). This cost is not surprising, since typically funerals in Asia tend to stretch for days or even weeks. In Hong Kong an average funeral lasts two weeks, partly due to the tradition of waiting for the relatives to say their last goodbyes and partly due to the limited space at the cremation centers.

3) There is usually a large crowd.

These two events also usually draw a large crowd depending on the preference of the organizers.  My own wedding was deliberately and exceptionally small, with 24 people in total (including us), while my parents' wedding had approximately 1,000 guests.  The crowd at funerals also depends on customs and the sphere of influence of the dead when they were alive.

4) You see the same people at these two events.

Since these occasions mark important milestones in one’s life, they are usually celebrated with the same people. Sometimes, for acquaintances or distant relatives, these are also the only times you see them.

5) Both tears and laughter occur at these events.

I have seen people cry at both events. At weddings, it is usually the groom/bride/parents. At funerals, I have also seen sudden laughter break out due to the absurdity of the situation. It is almost like there is only so much grief that one can bear, and then suddenly a drop of humor causes us to burst into laughter. I remember vividly when my uncle died. His siblings were somewhat conflicted as he was going to be cremated in a Buddhist procession and they wanted a Christian burial. While the old Buddhist nuns were chanting away at the temple as the coffin was slowly pushed into the furnace, one of my aunts who is tone deaf felt a sudden conviction and spontaneously broke out in the song “Amazing Grace.” I think in her mind she had envisioned a beautiful chorus following after, that we would take her lead and join her voice, except that we did not. She stared at me to help, but the song was so out of tune that I didn’t know how to start. Instead she sang a few phrases solo that sounded like something between a dying chicken and a British person learning to rap. We all burst out in laughter. We laughed because it was funny; we laughed because we loved our uncle very much and it was his favorite hymn that was distorted and ruined by my tone-deaf aunt. 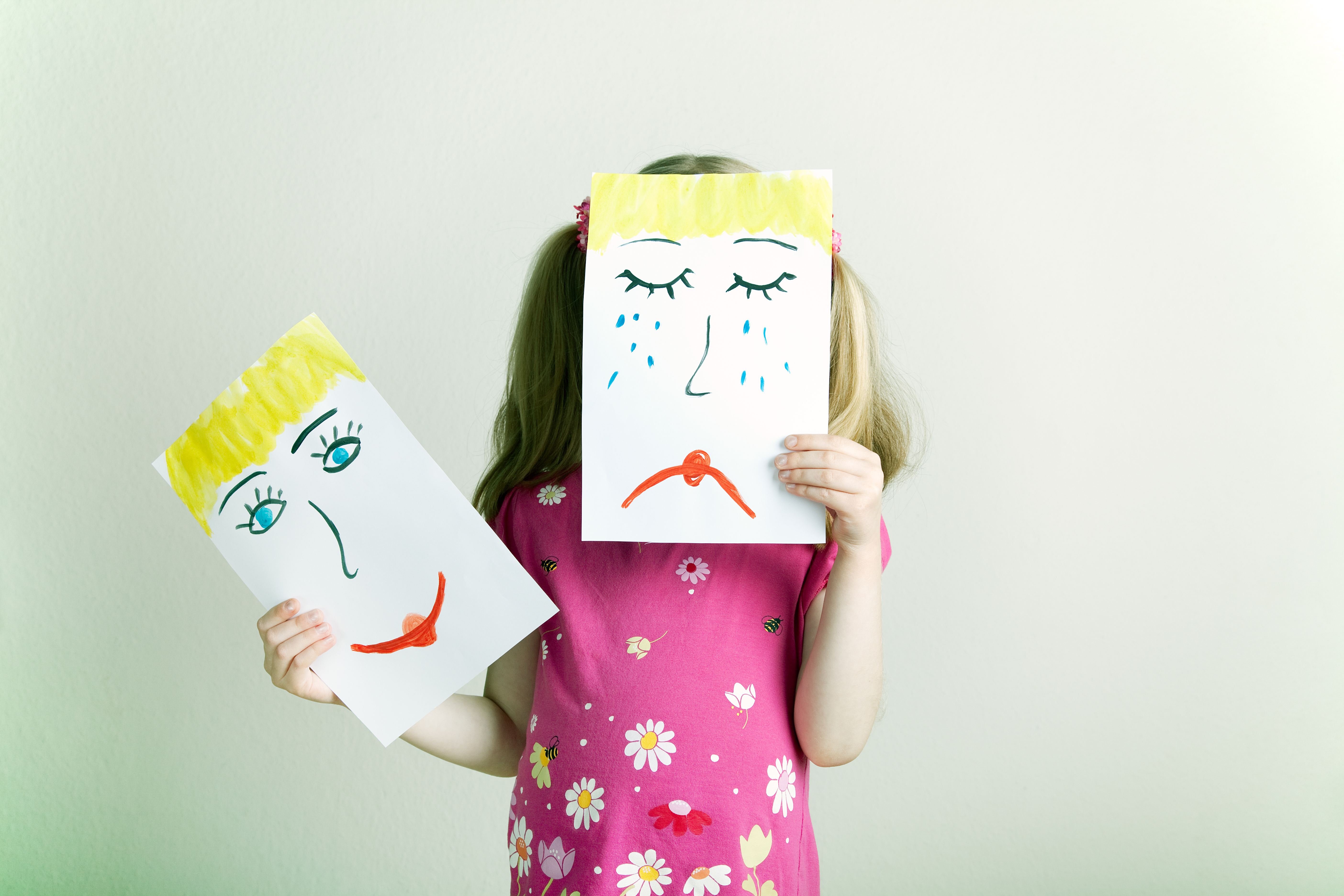 The month of September has the topic of death in the hearts and minds of every American due to the anniversary of 9/11/2001.  All the Americans I know can recall exactly when and where they learned what had happened. The loss of nearly 3,000 innocent people and the bravery of many others will never be forgotten. Personally, death has also been on my mind due to the death of my grandma. My grandma died at age 89 about a month ago. I took the dreaded 23-hour flight back for the funeral after being in Singapore only two weeks prior. She lived to a ripe old age and had a blessed life. I was close to her growing up.

Sadly, while writing this article, another of my uncles passed away, only 33 days after the death of his mother (my grandma). He started Phillip Securities with my father in Singapore in 1975. His gentle spirit and generous heart will be sorely missed by many, especially his three sons and his wife.

Sometimes the death of someone comes as a shock and sometimes not, but either way it causes us to take a pause from our always-on-the-go life; to think of where we are heading and start looking for the deeper purpose of our lives. We can find context and significance in our sadness because the relationship was meaningful. And we grieve because we have loved.  Death also forces us to look away from our to-do list, and instead look at those who are still living. Are we a blessing to those we care about?

And that is precisely what life is about, isn’t it? Life has moments of sadness and happiness, and often they occur at the same time. So while we celebrate, we also mourn. While we live, some part of us also dies. Happiness is but a flicker of a moment and then it passes.  I am keeping my fingers crossed that the immense weight of grief will pass just like happiness does. To those who have lost someone recently and are grieving, may you find comfort in the fact that your relationship had meaning. To all, may our lives mean something, especially to the ones we love.