Caught between two worlds and why juggling is the best solution

Last Friday, I watched the greatly anticipated “Crazy Rich Asians” with my husband and our two kids in tow. Based on Kevin Kwan’s book of the same title, it is a love story about how Rachel Chu, a Chinese American girl accompanies her boyfriend, both professors in New York, to a wedding in Singapore and deals with all the drama that happens in wealthy Chinese families. I actually had an opportunity to attend the movie’s New York premier that the Singapore Tourism Board had so generously invited me to. Unfortunately, I missed the event due to work commitments (though our guests did enjoy the premier).  I made sure to watch it came to a local theater.

This movie has created so much hype in the media partly due the fact that it is the first recent movie with an ALL Asian cast (except for a few Caucasians extras in the movie); the last all-Asian-cast movie was “The Joy Luck Club” from about 20 years ago. I am quite amused that both Asian Americans and film critics such as Timeout are unanimous in saying that seeing this kind of onscreen representation is incredibly satisfying. As further proof that Asian movies are underrepresented in the media was the choice of trailers -  they were either black comedies or horror! It’s as if even the movie theatre companies were at a loss where to stick this genre of film (although I guess the Chinese mother in movies can be rather horrifying).

As a recent migrant to America and having spent most of my childhood years in Singapore as a majority race (Chinese represents 70% of Singapore’s population), I have some difficulty understanding what it really means to be the minority to the extent of underrepresentation in the media. Moreover, I rather enjoy the anonymity of being Asian in western countries. One of the perks of being Asian are that no one from Green Peace or Save the Whales will try to talk to you on the streets because they are not sure if you speak English. Being invisible also gives me the relative physical freedom to wander around in Harlem, lost with my father in the 90s, and invite ourselves to attend a church; maybe ignorance is bliss? The not so great stuff though, occurs when I travel alone with my kids through O’Hare airport - I am stopped constantly by other travelers wondering why I am in the fast track lane at the customs.

The movie is worth watching for sure, I enjoyed it more than I expected to. It was beautifully produced with class A actors from Hollywood; remember Michelle Yeoh from “Crouching Tiger Hidden Dragon”? Also, the Singapore scenes were beautiful and the food reminded me of home.

Just like the book, the movie felt very personal on many levels and made me think. The first obvious reason is that it’s set in Singapore, where I was born and raised. Despite her modernity, Singapore is still a very small island (25 miles wide) where everyone knows everyone. When reading the book, I recognized the families and places the author refers to. There is also a disturbing truism in the movie of the widening disparity between the rising wealthy elite and the working class. But what really hit a raw nerve for me is the larger dilemma of the tensions held by those who are in-between western and eastern values. It is summed up by what Eleanor Young (the matriarch) says to Rachel when asked why she wasn’t liked: “All Americans think about is their own happiness. It is an illusion.” And then referring to herself as a true Chinese, she continues: “We understand how to build things that last.”

Throughout the movie, Eleanor Young plays the role of the controlling and yet sacrificial mother who puts her son first. She believes what is best for her son is letting him be brought up in his grandmother’s house so that he would become her favorite, and thus become the heir of the family’s fortunes. She also sends her son to be educated in western values (Britain and then US) but still hopes and expects the son to return to Asia to continue the family business.

For Asian families, there is a continual tension for the children between fulfilling the duties of filial piety vs individual freedom and happiness. Growing up in Singapore, I was taught in school that the greatest virtue one could/should have was filial piety. This concept can be found in Confucius’ teachings and explains the evident hierarchy and structure of ancient Chinese society, starting with family and then ultimately allegiance to the emperor.  One story that stuck in my mind was the story of the wooden bowl. 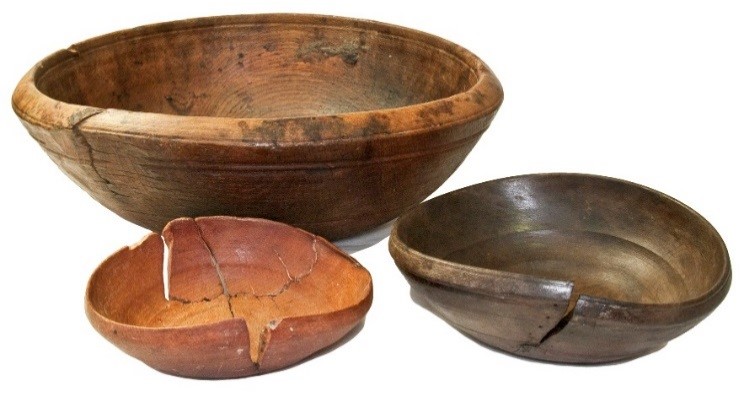 A frail old man went to live with his son, daughter-in-law, and four-year–old grandson. The elderly man’s hands trembled, his eyesight was blurred, and his steps faltered. The family ate together at the table. But the elderly grandfather’s shaky hands and failing sight made eating difficult. He made a mess whenever he ate and would often break the bowl.

The son and daughter-in-law became irritated with the mess. There, Grandfather ate alone while the rest of the family enjoyed dinner. Since Grandfather had broken a dish or two, his food was served in a wooden bowl. When the family glanced in Grandfather’s direction, sometimes he had a tear in his eye as he sat alone.

One evening before supper, the father noticed his son playing with wood scraps on the floor and making a little bowl for them in the future. That evening the husband took Grandfather’s hand and gently led him back to the family table.

I recall when I came to America a decade ago, I was so shocked at the concept of individual happiness, and how Americans thought it was their right to be happy.  Despite my exposure to studying and living abroad in the UK, these values were so foreign for me. It really took me a while to see that the concept of individual happiness was just as valid and important as the concept of duty above self. A collectivism worldview taken to the extreme can lead to a lack of individual and group accountability, while the pursuit of individual happiness worldview can lead to selfish behavior in danger of society at large (think gun controls in America). Recognizing that there are both strengths and weakness in these two different world views has made me desire a different world view. As a third culture person living in these two worlds (quite literally), I find myself teetering between the two worlds. I do not want to disregard and throw all the “eastern” values away and yet I am not willing to just embrace the American way as the only way. So, the solution, as I see it, is to disregard the “OR” but to embrace the “and.”

The practice of embracing the “and” is a hard challenge and often feels like walking on a tight rope, fraught with the danger of tripping up any moment. The best way forward for those of us stuck in this tension between worlds is to maybe think like we are juggling a set of balls. Sometimes one ball wins and goes to individual happiness, sometimes the other ball goes to duty; and if we are very lucky, the ball goes to both worlds where it fulfills our individual happiness as well as our filial piety bucket. 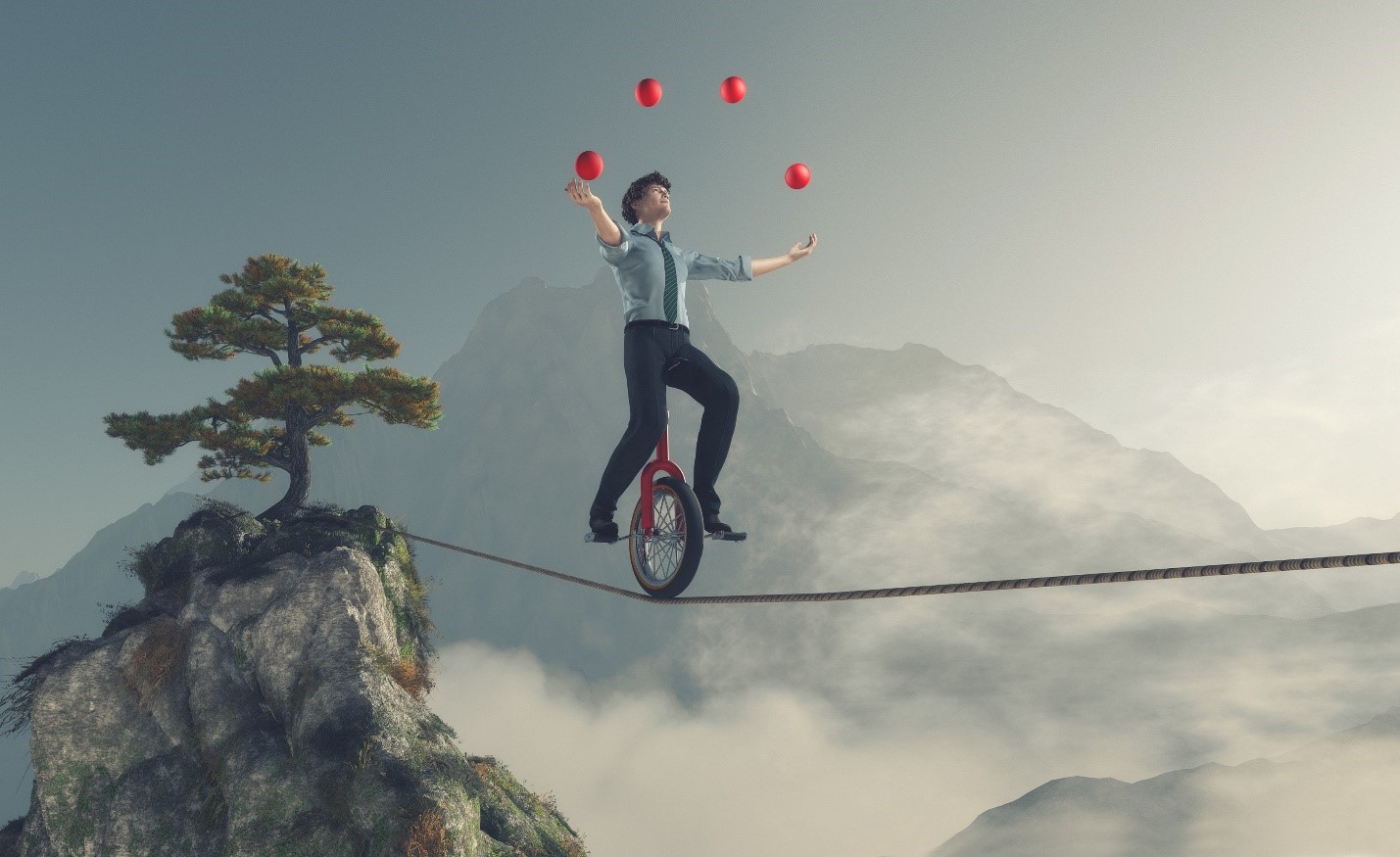 In today’s social media-fueled society, we have a tendency (and face pressure) to pick a side and judge others when they choose a different path from us. We are either black or white, left or right, right or wrong. But there is also a third way—we can be the color grey. We can be both right and left. We can also be sometimes black and sometimes white.

Realistically, happiness comes when we are not disappointed by our expectations and we are doing something out of love for others. If we expect to win (i.e., get what we want) all the time, we will not end up happy. But if we recognize that the juggling balls will land in different places— you win some, you lose some—and treat life with a little dose of humor, life is good, no?

Let me know your thoughts after watching the movie. I am curious.

The world cannot be governed without juggling. – John Selden

Letter from the Co-CEO, Lynette Lim "Caught between two worlds and why juggling is the best solution"