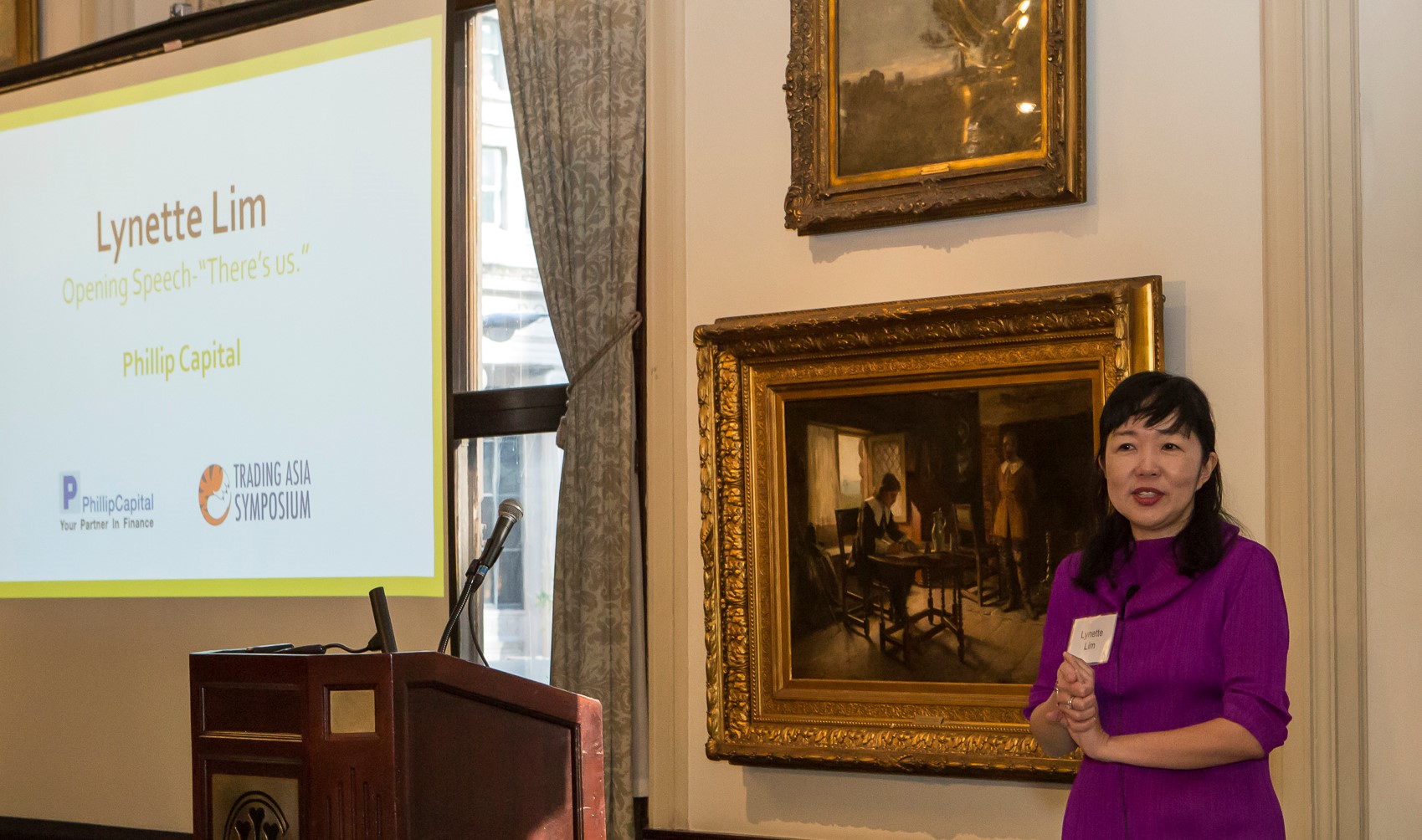 Welcome again to Phillip Capital’s Trading Asia Symposium. There’s a reason why you are standing around and not sitting on your chairs. As promised to you before, each year we want the symposium to be better than the last, and this year we want to make you part of this experience. There’s no such thing as free lunch! I want all of you in this room to trust me and to do this exercise with me. This exercise is called “In the box”. On the floor, you will see a box. I will be asking you some questions and if your answer is yes, please step in the box.  Some of these questions are easy and some are a little personal. Please answer as bravely and as honestly as you can, but again if you don’t feel comfortable you can refrain.  Are you ready?

Please give yourselves and those around you a round of an applause for being willing to answer these questions. You can take a seat now.

Yuval, the author of Homodeus, shares the story of how we humans or homo sapiens got to rule the world. 100,000 years ago, the world looked very different as there were many different species of human beings; for example, the netherdrals. But we the homo sapiens became the most dominant animal on planet earth. There are 7 billion of us. Why? In fact, it was because of two reasons.

We like to think it’s because we individuals are unique and hyper-intelligent. But the reason why we are ruling the world is because of who we are on a collective level, not on an individual level. In fact, if you compare yourself to a chimpanzee, and ask yourself ‘who would survive on a deserted island’, the answer will be the chimpanzee and not you.

We are the only species able to cooperate in very large groups in a flexible way.  Other insects can do this, but they can only do so in a fixed way.  Elephants can be flexible, but only very small groups. 1000  humans vs 1000 chimpanzees, humans will win.

Countries, governments, corporations, global wars, concentration camps: each require a large number of people to work together, both for good or for evil.

But the question is what enables human beings to operate flexibly? Again, the author explains it is our imagination, our ability to invent stories about ourselves, and to make everyone believe those stories. Animals use language to describe reality, run the lion is coming! But we create stories; for example, whoever kills the lion and wears the lion’s mane on his head will inherit its powers! Even in our financial world, money is a story: everyone believes I can use this piece of paper to exchange for something. The only way the dollar exists is if everyone believes it has worth.

So, what are the stories we tell each other today?

There is a new phenomenon recently observed by socialist Bradley Campbell and Jason Manning.  It started first in the universities, and then spread to politics in America. It is called Victimhood. In this culture, the victim feels suppressed by those in the highest rank in society. This contrasts with the older dignity culture, which is based on a moral shared by all people and refers to a certain status obtained by performance. The latter is based on one’s heroic deeds, where the former is based more on entitlement.

The main difference between the two cultures is the emphasis on doing something for yourself (dignity culture), versus what others have done to you (victimhood). I don’t deny that real abuse and oppression exists in this world and we should speak against it. However, the culture of victimhood creates incentives for people to justify offensive language and actions against the other side.

With this kind of culture on the rise and further fueled by social media, we see an ever-increasing list of things that divide us:

And as the tariff trade war between the two largest economies in the world (China and US) intensifies, it remains unclear who will suffer more. China accuses the US of trying to slow down the rise of China’s economy--like a jealous big brother to a younger brother--while the US accuses China of intellectual property thefts, unfair trade practices, and abuse. And the rest of Asia or Europe (who have benefited from the rise of China), if China’s expansion is somehow on hold, will be directly impacted by either weakened supply chain for China and/or the weakening yuan.

In these different wars, there is a common thread that lies in the belief of scarcity: what is mine can’t be yours. The idea of scarcity is an idea/myth I think we inherited from our hunter-gatherer ancestors. For the hunter, there really was a real danger if you didn’t hunt that day, you go to bed hungry. But in today’s modern world, with zero marginal cost, if we can solve global warming, there is abundance.

I like the quote from MR Bourkee Cockron, an American orator and mentor for Winston Churchill, who said these words: “There is enough for all. The earth is a generous mother; she will provide in plentiful abundance food for all her children if they will but cultivate her soil in justice and in peace.”

Remember there’s us. Will you join me in the revolution?

Anne Frank, the girl who was hiding during World War II with her family and finally died in the concentration camps said this: “I still believe in spite of everything that people are truly good at heart.”

Thank you and enjoy the rest of the program today.