Letter from the Co-CEO, Lynette Lim

Dear friends, I am not sure about you, but sometimes I feel like I am an actor in a play where I am acting from one scene to another, but not knowing when the play ends because I have not read the whole script.

The month of October has been a crazy whirlwind for me from both a professional and personal front, from planning and hosting our Trading Asia Symposium event during FIA Expo week, preparations for moving into our new office, normal putting out fires and problem solving at work amidst dealing with the kids during school holidays and Halloween festivities!

But I know I am not alone. We all live busy, crazy lives.

So it is time to take a pause. It is time to slow it way down and to breathe a little instead of just being carried away by our to-do list and what is next on our schedule. This is a really difficult thing for me to do because I have an innate fear of being bored.

But I am learning that sometimes when we are able to slow down, and just create space for ourselves, we also create space for others and we are able to get a better perspective on issues at hand. It is far better sometimes to slow down to give yourself a chance to form a thoughtful response than to react to the first thought that pops into our head.

Last week, my 8-year-old son pointed and exclaimed to me, “Mom, look that man is sitting down and reading a… a newspaper!” I chuckled in silence and amusement since it wasn’t that long ago that the news we read came from newspaper once a day, but now we are inundated with news 24-7 from multiple sources: fake news, twitter, live news!  It is no wonder we humans are feeling overwhelmed and thus tend to react rather than respond! We had no time for that pause button.

With the recent news of trade wars between China and US and then the highly emotional case of Kavanaugh, I felt I had to do something to create that pause. Hence for my opening speech during the symposium, I wanted to really emphasize the point that “there’s US.”   I had spent months pondering and ruminating whether I should attempt a public exercise because it was risky and unconventional. The exercise involved getting a large crowd of people to step into a box when the answer was Yes to some of the questions I would pose to them.  It was fun to watch people’s faces as I directed them on what to do. But when people warmed up to the exercise, the cynical look dropped, and people looked like they genuinely enjoyed themselves.  People were willing to step into the box for questions like “Who is addicted to coffee?” and there even people stepping into the box with stranger questions like “Who has seen a ghost?” There was an applause for people who stepped into the box in answer to the question for “Who has saved a life?” However, when “Who feels lonely?” was asked, I didn’t see anyone step into the box. I wanted to step into the box myself then, but I was blocked by a chair. Perhaps I too was afraid to step into the box.

A colleague remarked to me after the event that if these questions were asked online; would people be braver to admit that they felt lonely? That seems to be the case, where online forums are filled with people’s darkest secrets.

But really again, in the message of you vs others, there is also a more important message of there’s us. Let’s take a pause to remember that.

A copy of my speech can be found here. 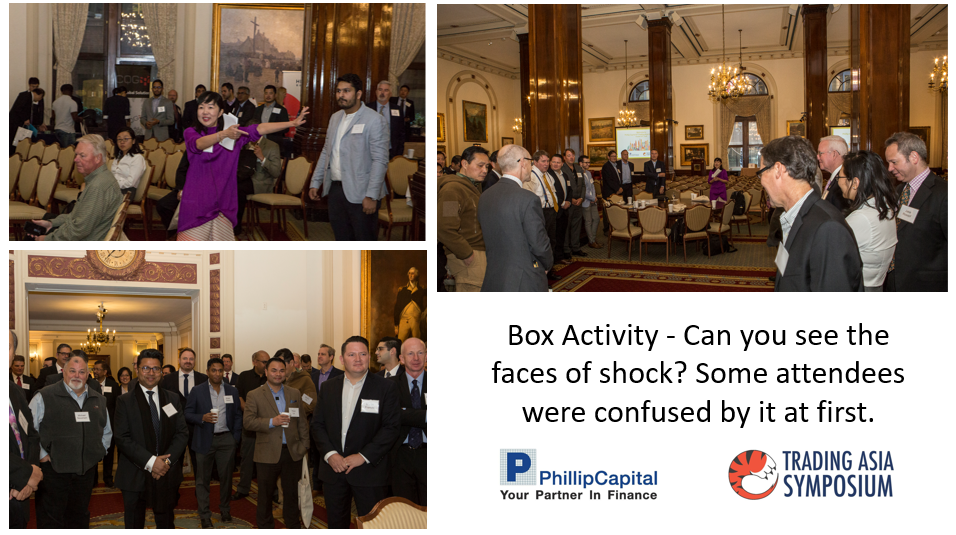 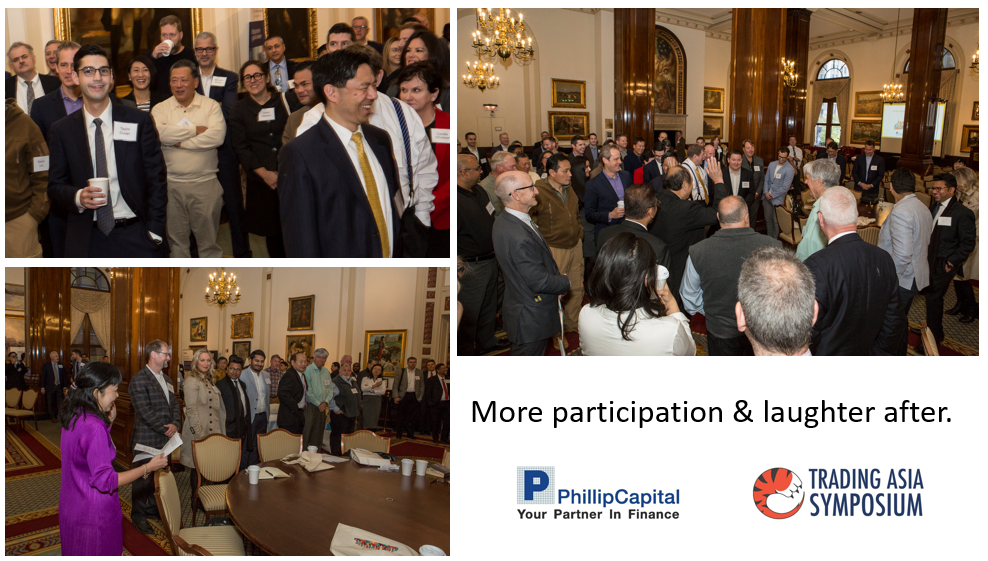